Agriculture is one of the fundamental axes of the economy of the southeast of Spain. This area has the highest concentration of greenhouses in Europe with more than 40,000 hectares of crops that provide all of Europe with fruit and vegetables. Among the outstanding crops of the area, are tomato, pepper,  zucchini, eggplant, melon or watermelon.

This territory presents unbeatable conditions for agriculture, obtaining an average annual temperature of about 20 degrees and having more than 300 days of sunshine per year. 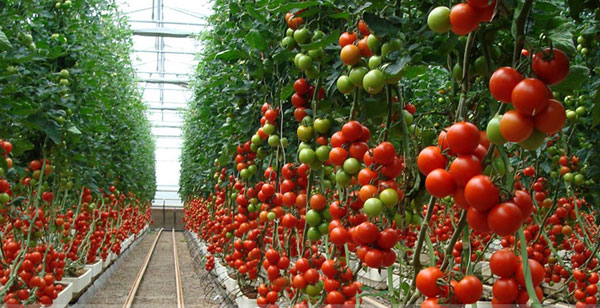 The eastern region of Spain is committed to an efficient use of all the resources it has, producing output without causing a great impact on the environment and being the sustainability of this one of its fundamental pillars on which to work. Due to this, a responsible use of water is made (consuming half that in the rest of Spain) and the waste is managed in an efficient way, recycling the discarded plastics in the greenhouse and using the plant remains as an energy source. In addition, and due to the climate, the energy that is consumed mostly in the southeast of Spain is solar, not being especially necessary the use of heating that damage the environment.

Likewise, agriculture in the southern Mediterranean is at the forefront of integrated pest control, using a system that uses natural predators to eliminate organisms that affect plantations. In addition, and in order to control the quality of the product, fruit and vegetable control systems have been established to guarantee the optimum state of these.